Fleep integrates with Whereby for easy voice and video calling in Fleep conversations. You don’t even have to set it up – it’s built right into Fleep.

To create a voice or video call with our Whereby integration, simply create a Whereby room and follow these steps: 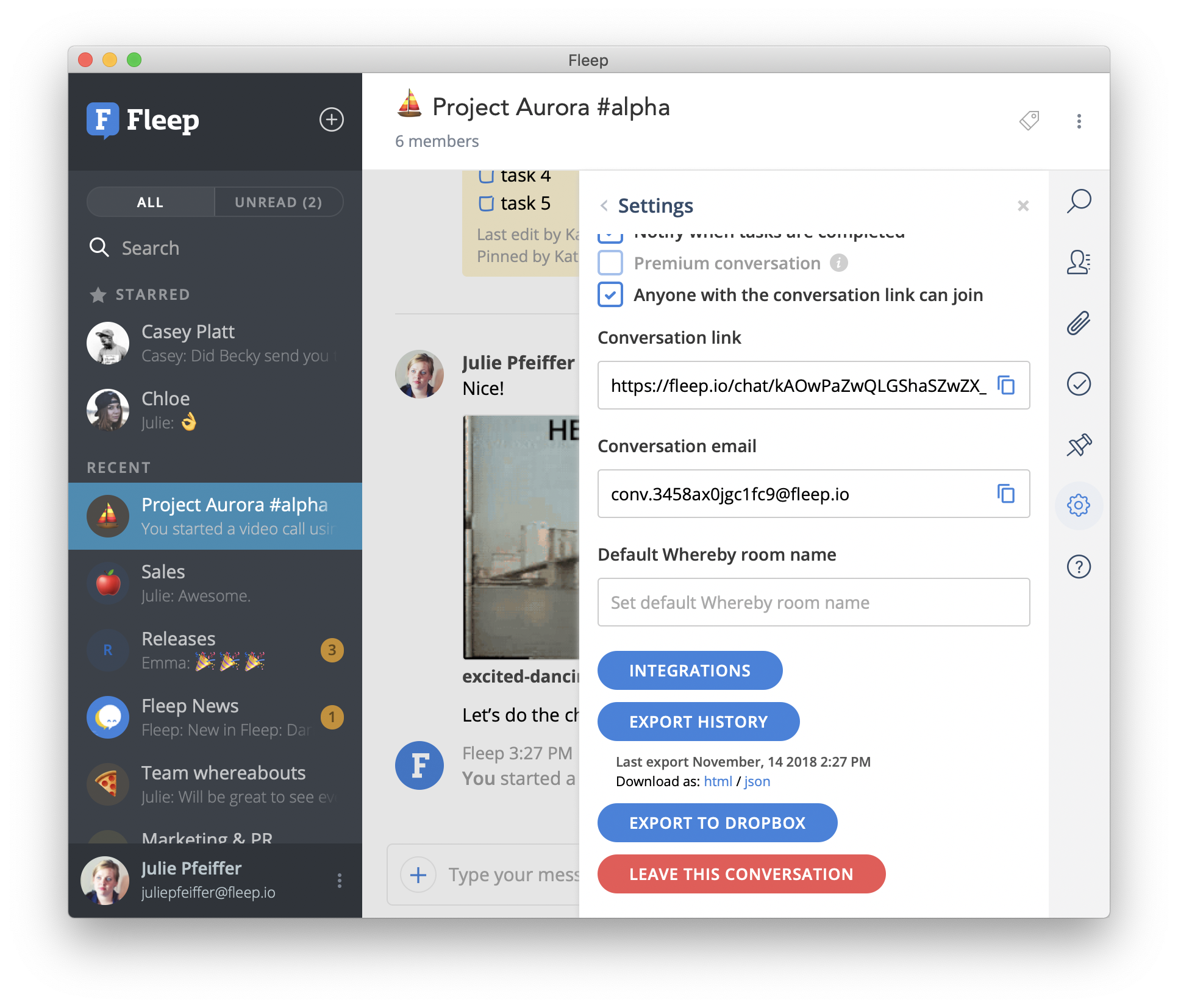 Note that currently, video calls calls can only be started from the desktop version of Fleep (Mac, Windows apps and web browser). However, anyone using the Fleep mobile apps can easily join the call by clicking on the JOIN link. Anyone joining the call on an iOS device will also need to download the Whereby iOS app to join.