There’s no doubt to-do lists can help you get stuff done more effectively, stay on top of your workload and make you feel accomplished. If you use Fleep, you don’t need an external app for your to-do’s. Fleep Tasks enable you to create to-do lists in Fleep conversations! 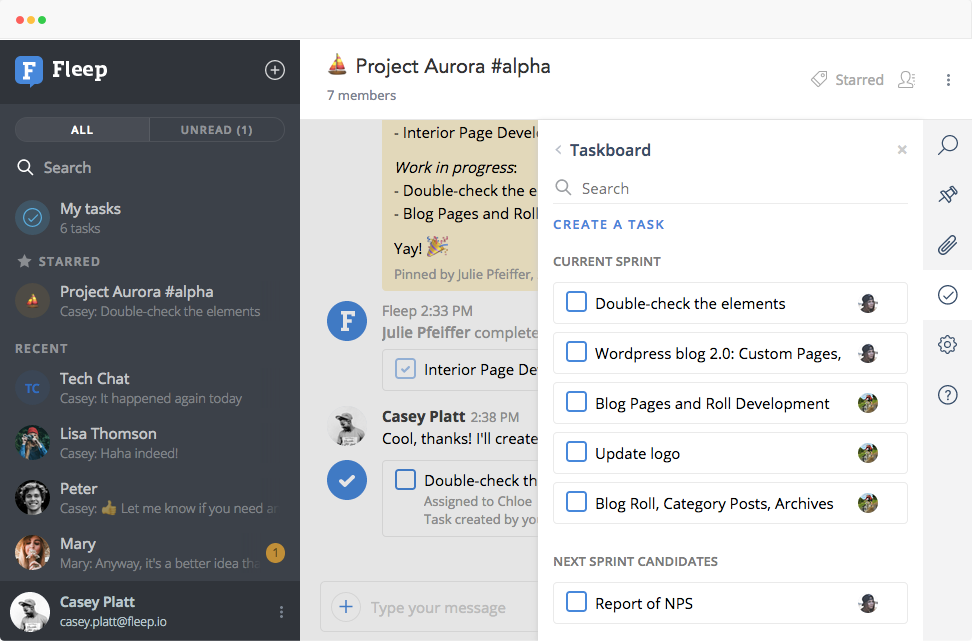 There are many benefits to having your tasks in Fleep conversations. First of all, it keeps you on track for a certain project, giving you an overview of what you need to get done and a sense of accomplishment for all the tasks you have ticked off as ‘done’. Additionally, the Fleep Tasks feature holds your team responsible. In group conversations, you can see everyone’s tasks and what they have accomplished. In this way, your whole team is on the same page!

How to create a task in Fleep? 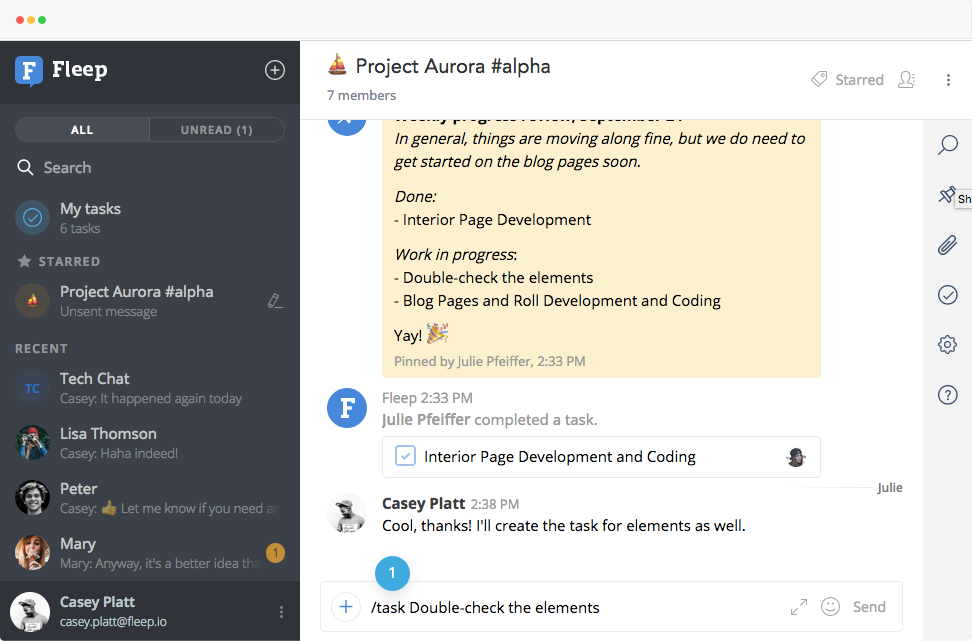 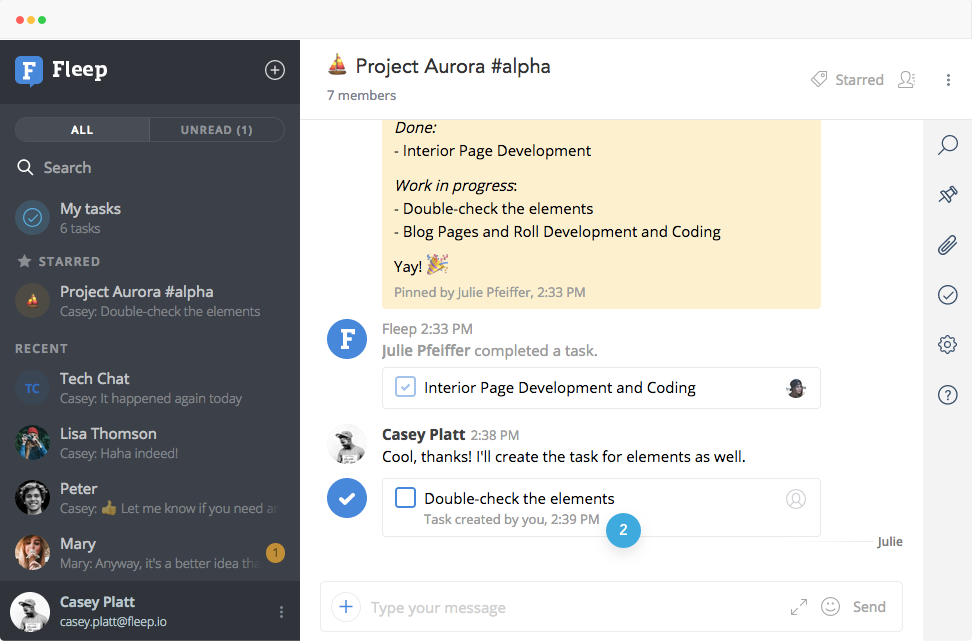 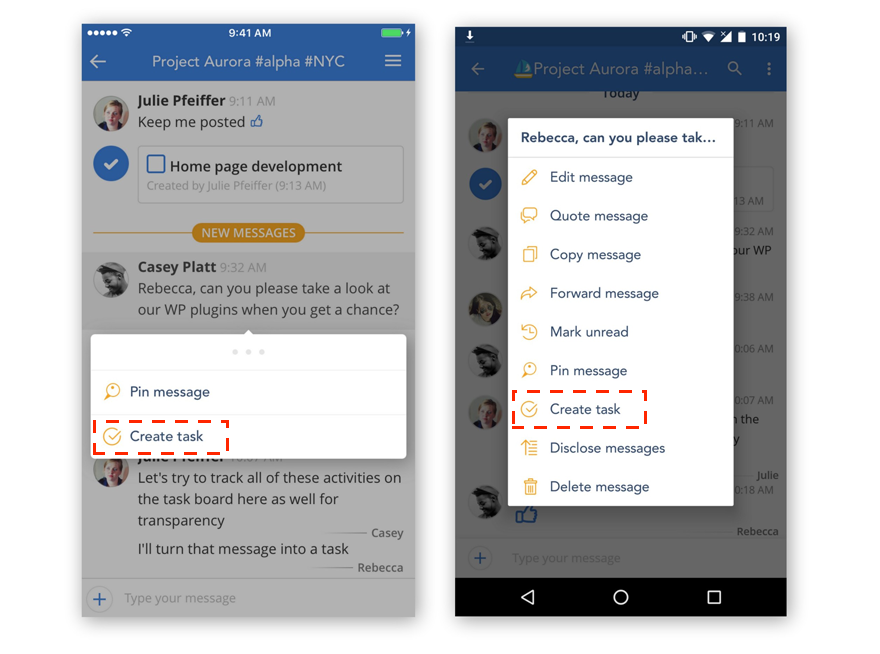 Where can I see all the tasks? 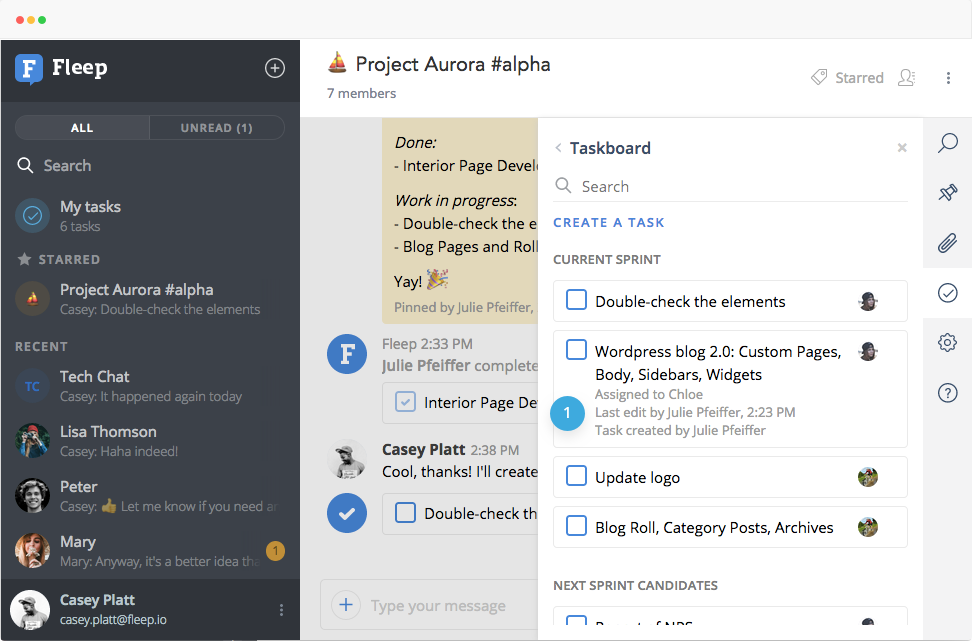 What can I do with the tasks?

While the Tasks in Fleep are quite lightweight and simple, you can do quite a few things with them. You can edit, assign, check off, delete tasks and much more! All of these features can be found in the task action menu. This will appear when you right-click on a task, or click on the tiny blue down arrow that you can see when you hover you mouse over the task. In mobile apps, the menu appears with a long tap.

How to organize the taskboard?

If you’d like to see an overview of all tasks assigned to you, then the My tasks view is for you. It’s available with the Fleep for Business subscription.

P.S. Do note that Fleep Tasks do not compete with elaborate task management tools like JIRA or Asana. In fact, Fleep Tasks are a rather lightweight solution to track commitments right in the conversation where discussions happen and decisions are made. If you need a more in-depth workflow, tracking, deadlines and reporting then you may want to look into dedicated tools. The great thing is that Fleep plays nice with tools like JIRA or Asana. For example, Teleport uses both Asana and Fleep, while Bigbank uses JIRA and Fleep simultaneously.