Web Summit team – we are impressed by your hustle. Having grown from 400 attendees to over 40,000 in a matter of five years, Web Summit really is the “everyone’s there” summit for the tech scene in Europe.

This year, half of our team traveled to Web Summit, for various reasons – to see what’s new and cutting edge in the tech world, to catch up with friends-colleagues-partners-investors, to rock the Fleep booth and to eat a lot of mussels. (Seriously, the mussels in Dublin are amazing!)

It’s near-impossible to summarize the whole spectacle that is Web Summit, but we’ve given our best shot at compiling the team’s highlights from the event. Without further ado, here are our Web Summit 2015 highlights! 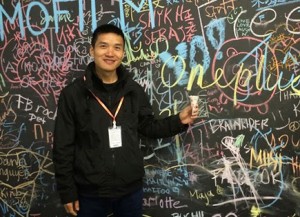 Johannes from Fleep found the story of OnePlus really compelling – how they’ve had seriously accelerated growth with very small investments in marketing.

“I think it’s neat how they built the momentum on exclusivity,” Johannes shares. “There’s something special about creating exclusivity around a product – - or even urgency, with a sense that maybe they’ll run out!”

Well, it definitely worked for OnePlus, who have reported hundreds of millions in revenue already.

Marketing Summit was probably the most underrated part of Web Summit. We’re not complaining though! This meant top notch seats in front of speakers like Benedict Evans. 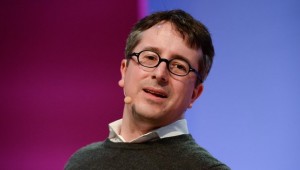 Benedict’s session was especially enjoyable because he’s an excellent speaker. He was completely at home being on stage, sharing some excellent thoughts.

Additionally, Benedict’s session was one of several at Web Summit that made Jaak from our team realize that, “The best part of Web Summit is how you learn about new things that are completely outside of the box. You get to hear about ideas or viewpoints that are ingenious, that you would not have thought of yourself, yet when you hear about it, it sort of clicks – and you start nodding along.”

Benedict shared a lot of nuggets like that – for example, he challenged us to think what we really mean by “Mobile” technology. He also pointed out that the time and again, the general skepticism of the success of mobile (from “mobile will never replace landlines” to “mobile will never be big”) has been proven unfounded. 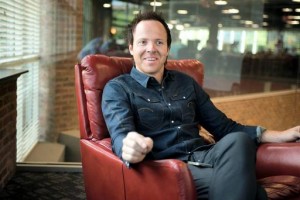 Katheriin from Fleep is a sucker for anything related to company culture. And Ryan Smith from Qualtrics really nailed it with his casual talk on the main stage. Among other things, he said: ”We hire people to think.“,  ”Don’t let others decide when you’ve made it.” and “Startup culture comes from scar tissue.”

But Ryan’s talk wasn’t just inspiring, it was really down to earth. He explained that culture has to get better every year – it is not about achieving “good culture”, it’s about constantly developing it. Right on, Ryan.

Actually making it to Web Summit

Our co-founders Henn and Asko made their way to Dublin via London… Which ended up being a road trip due to the fog that disturbed the flights. Regretfully, they thus missed a whole day of the summit: “Compared to the previous year, I really have much less to take away from Web Summit 2015,” said Henn. “Mainly because we arrived day later and then meetings took most of my time.” 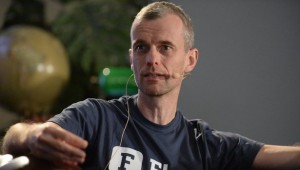 Well, meetings and actually getting on the stage to talk about the future of communication. Henn is a modest guy – surely speaking at Web Summit was his true highlight!

His (other) highlights included the conversation with Ed Catmull from Pixar and the panel on what sport stars really think of social media: ”I only made it to last two panels on the Centre Stage. I liked the Pixar one: my main the main takeaway was that running a company is a hard task. This is so mainly because it means aligning individuals behind a common goal – no matter if you’re producing new movie or building a product like we do at Fleep.”

We could go on and on – there was just so much going on! But these were our top highlights from Web Summit 2015. Looking forward to Web Summit 2016 in Lisbon!