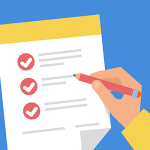 Fleep is a powerful alternative to email, but nowadays most people use several tools in their everyday work, in addition to the the team communication tools. This is why we have built integrations with tools like JIRA, GitHub, Bitbucket and many more. One of the most powerful of such bridges that we have is the Fleep and Zapier integration.

What makes the integration so great is that Zapier gives you the power to integrate Fleep with hundreds of other apps. This means that you can set up “zaps” to post messages from other services like Asana, ProjectManager.com, Twitter and others into Fleep conversations.

With Zapier and Fleep you can easily:

* And a whole lot more

These integrations with Zapier are especially useful to notify you of any activity, tasks or updates directly in Fleep, instead of having to constantly check the different tools.

For example, our social media team keeps an eye on all #Fleep tweets with Zapier. Every time someone tweets with #Fleep, the tweet is posted to a designated conversation in Fleep, along with a link to the tweet, like this:

We especially love how you can customize the Zapier messages – you can choose how much detail the zapped message includes and what it says. So why not include a little pat on your back to keep you going? For example, a Toggl time entry message can be customized to say something like this:

The best part of integrating Fleep and Zapier?

It’s so easy to set up! Take a look at our Zapier integration set up steps to get started and our page in the Zapier zapbook for more information.

How do you use the Fleep and Zapier integration? Let us know with #Fleep ;)